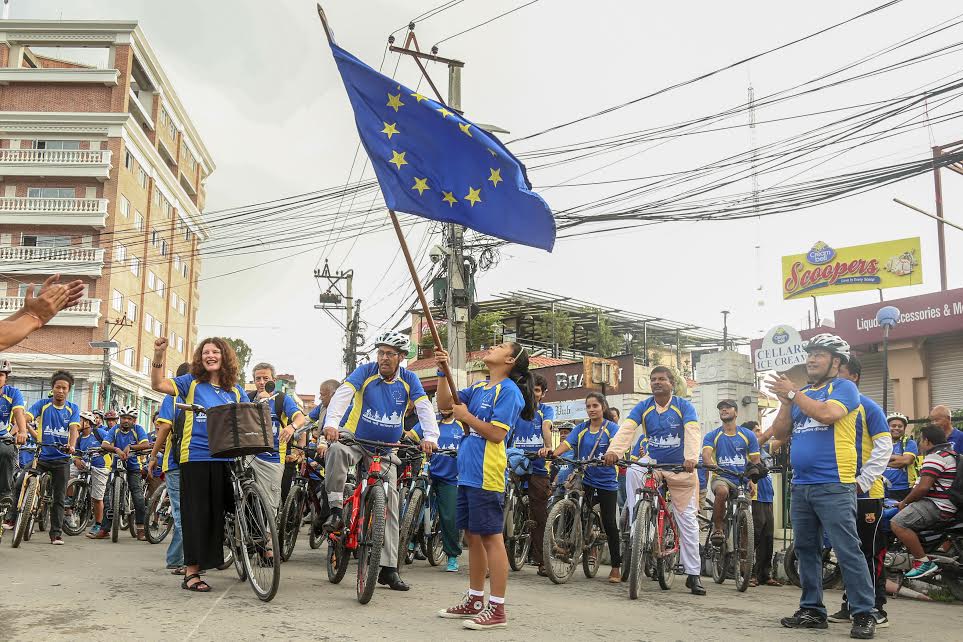 September 17,2016
In the chill early morning of the weekend in Saturday, September, CCNN volunteers and some participants to the event were already getting ready for the rally at Lainchour. The event was chaotic in the beginning with the cycles being provided by the event organizers and people lining up to receive the cycles. However, as the event went underway around 8:30 everything was going smoothly. The route was very well managed with the willing help of Kathmandu Traffic Police. The rally went from Sorhakhutte to Teku to Tripureshor and ended in Basantapur Durbar Square inside the Itumbahal chowk where the Itumbahal community had readied a closing ceremony and arranged lunch. After a program which had the dignitaries from the Government, European Union members and CCNN representative Chakshu Malla give speeches. The event went on to the Newari style lunch arranged by the Itumbahal. In addition to the cycle parade, several events such as display of custom bike – gorkhe, presentation of classical newari instrumental music by the Itumbahal Pucha, slow race for the kids took place. Likewise, bolsering the motive, KTM Walks who has been advoocating on car free days in the inner city roads also actively promoted and conducted the event jointly. 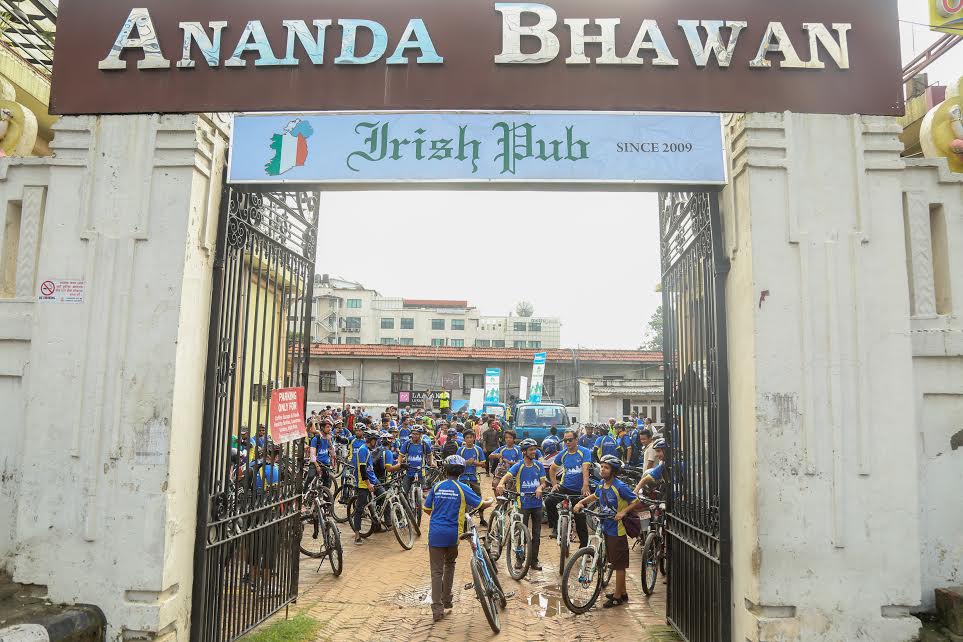 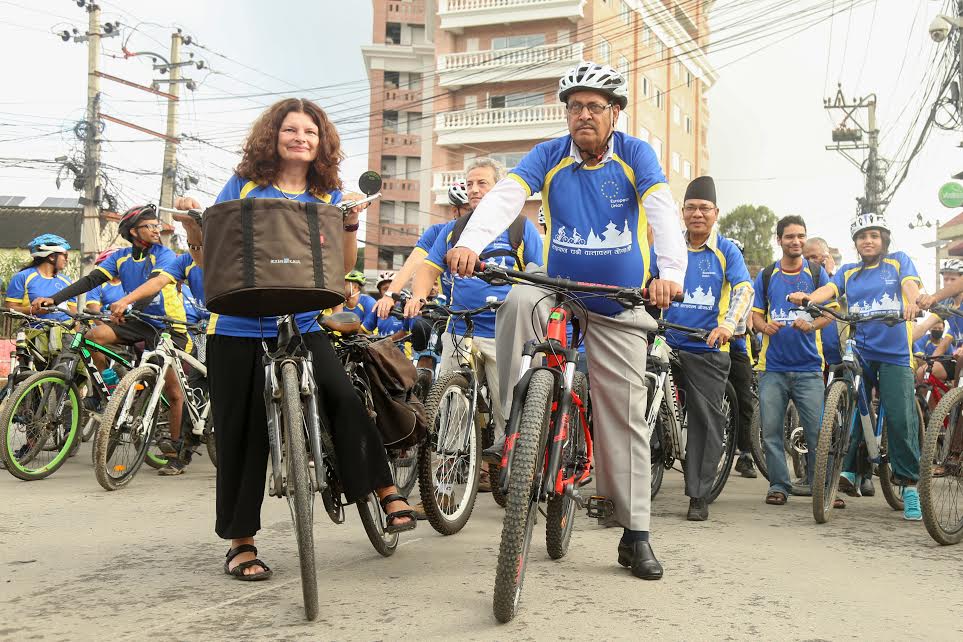 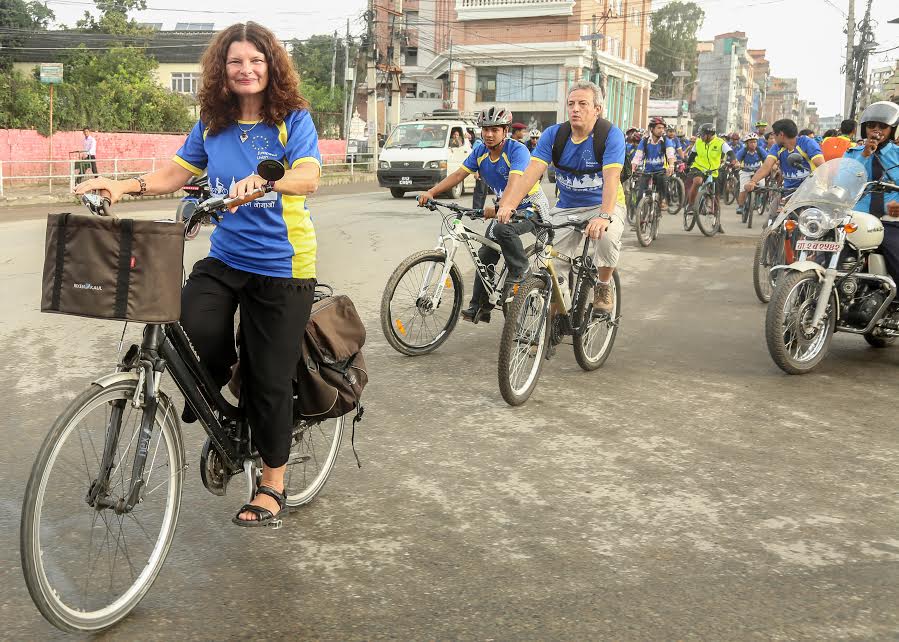 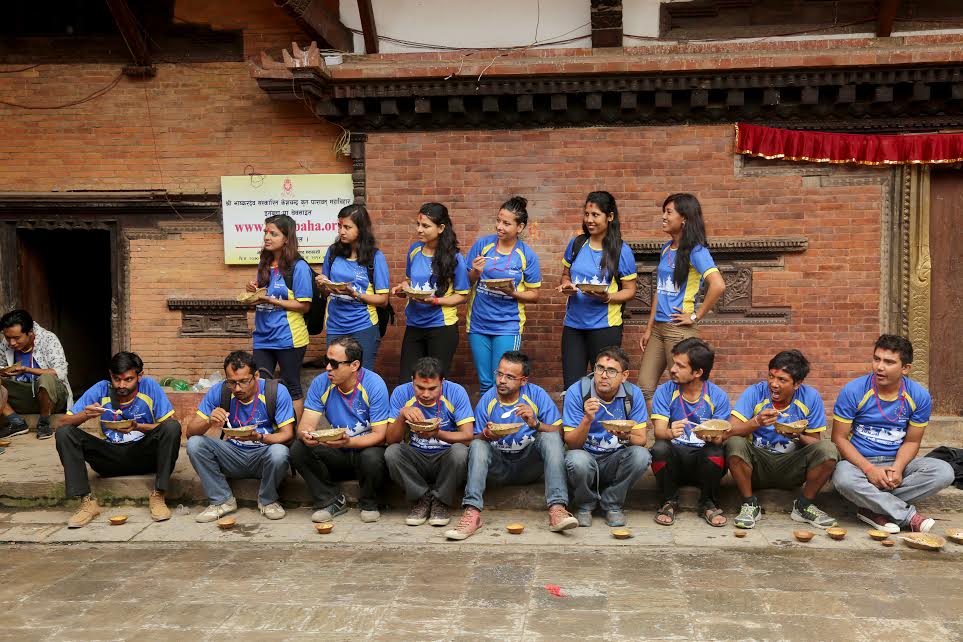 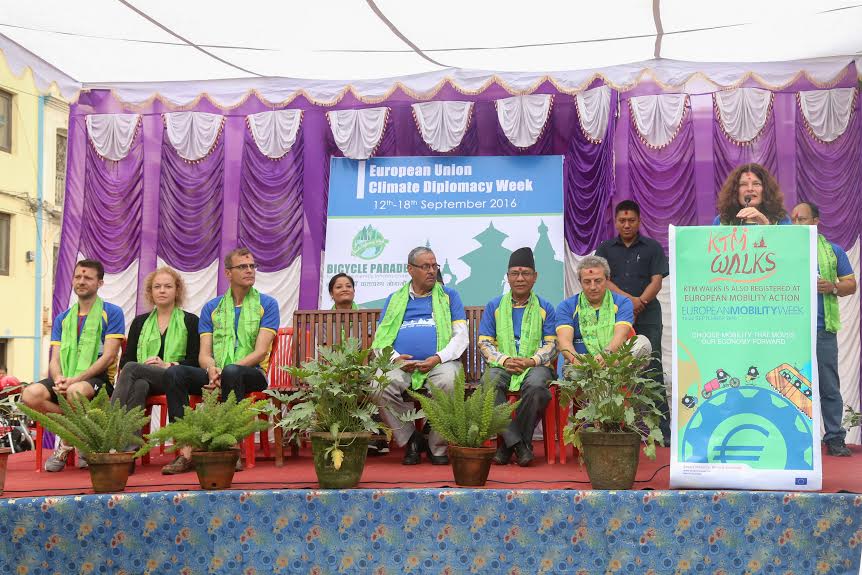 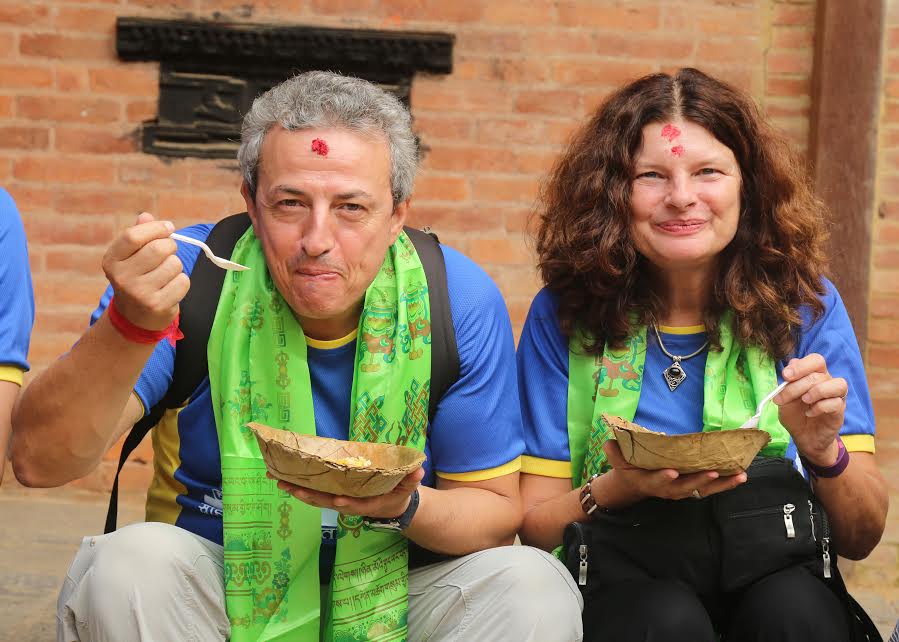 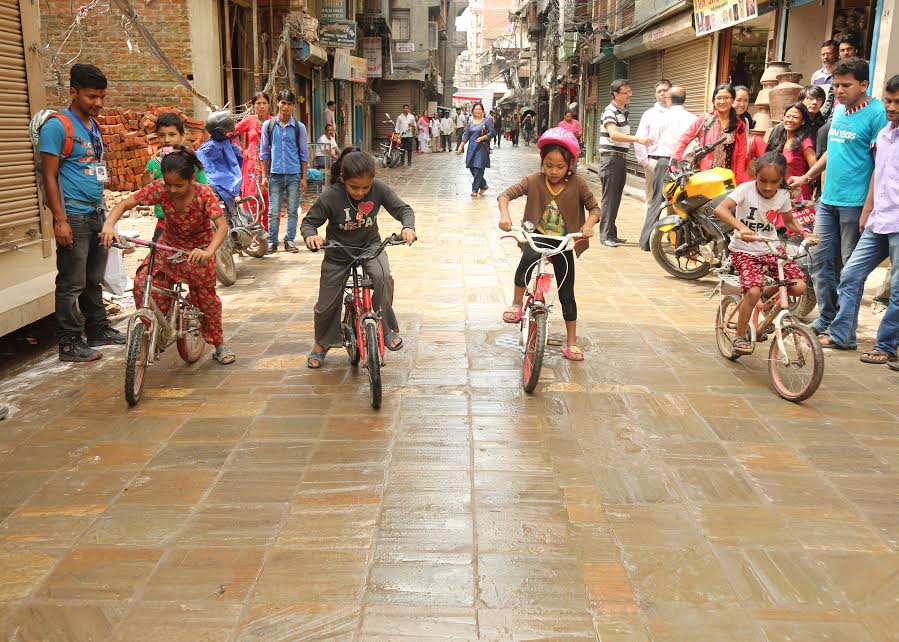 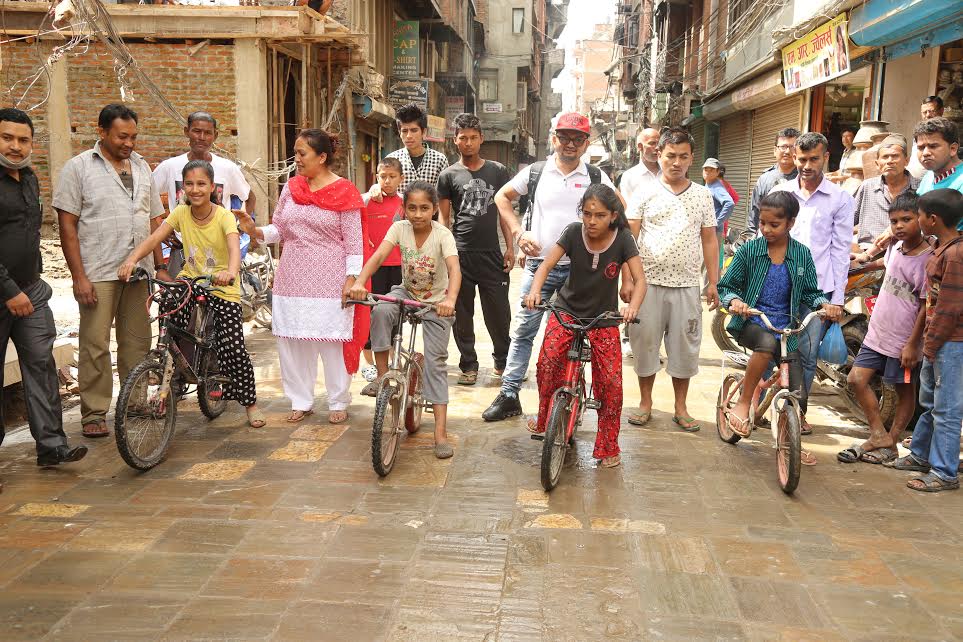 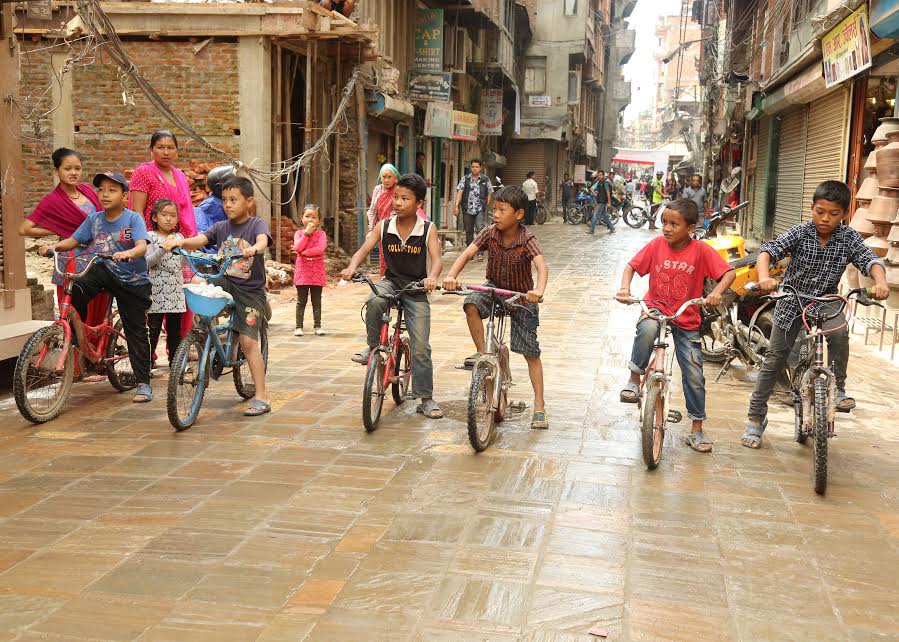