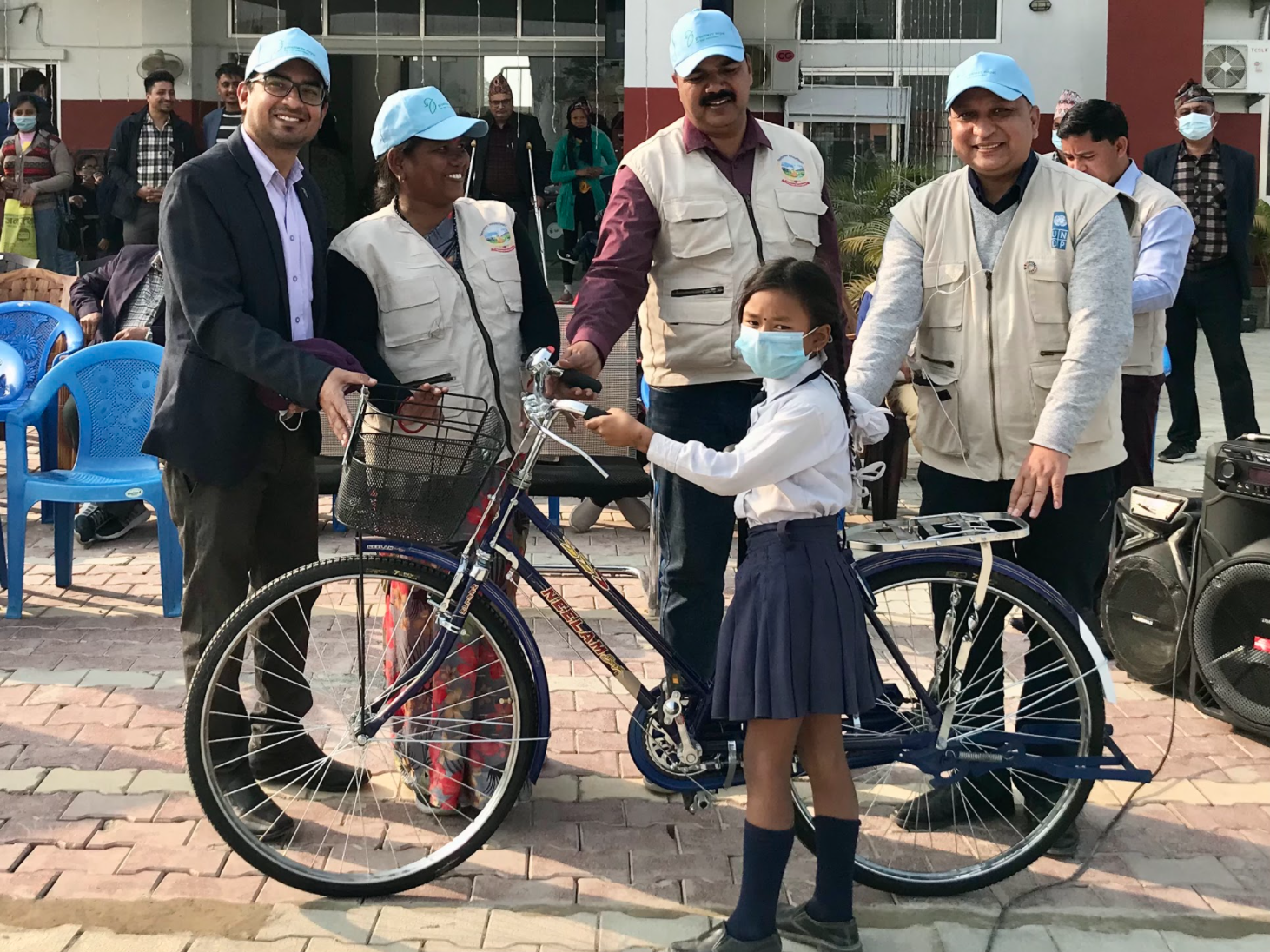 Greenway campaign was launched in Tilottama Municipality of Rupandehi district by distributing bicycles to 51 school girls along with a bicycle rally. Bicycles were provided to 51 poor, destitute, marginalized, and backward class girls studying in community schools on the basis of the recommendation of the ward office on Friday 17 December 2021.

Under the Green-Way Nepal Campaign, bicycles have been distributed to the girls in Tilotta in collaboration with the Municipality, United Nations Development Program, Ncell, Kantipur Media Group, Cycle City Butwal, and Cycle City Network Nepal.

Speaking on the occasion, Mayor Basudev Ghimire said that bicycles have been provided to the adolescents to promote the cycle journey for healthy living and a clean city. Mayor Ghimire believes that getting a bicycle will make it easier for teenagers to reach school and will help them in their studies. Stating that Tilottama has been developed as an environment-friendly city, he informed that a mobile app will also be launched for the development of cycling culture. He said that Tilottama would be developed as a bicycle city as cycling would improve one’s health. Tilottama had distributed bicycles to more than 100 working women last year.

Speaking on the occasion, Lumbini-Gandaki Chief of the United Nations Development Program, Sudip Aryal, said that a bicycle promotion program has been launched for sustainable development, adding that the program would help in protecting the environment. Nivesh Dugad, vice-president of Cycle City Network Nepal, said that increasing the number of bicycle users would help in reducing air pollution and would have a positive impact on human health.

Ncell’s Swastik Ghimire mentioned that the cycling campaign will protect the environment of the city. In the program conducted by the spokesperson of the municipality Surendra Shree, the representatives of Bicycle Entrepreneurs Association Rupandehi, Bicycle City Butwal, and other organizations discussed the health and environment of a person while riding a bicycle. After the program, Mayor Basudev Ghimire, Deputy Mayor Jageshwari Devi Chaudhary, and other people’s representatives and teenagers who received bicycles also held a bicycle rally.