In Buddhism and Hinduism a Kora is a circumambulation, done clockwise, usually around a religious structure. It is said that a single Kora around Mt. Kailash in Tibet for example is enough for one lifetime. Kathmandu, with its myriad religious structures is a perfect location to do a circumambulation. It boasts two of the most revered Buddhist Stupas of Boudha & Swayambhu, and one of the top eight temples for Hindus worldwide, Pashupatinath. This Challenge circumambulates the valley, clockwise, right at the edge of the valley, away from the hustle of the city, through small dirt trails passing by picturesque rural settings, raising money per km biked for a worthy cause.

Kora Cycling Challenge has become a name which every cycle enthuse feels proud to be part of. There are two reason to it, one get an opportunity to ride historical places around Kathmandu and second the riders raise fund for the causes. The challenge was started back in 2011 with 35 riders and this year the ride took place simultaneously in four different places i.e. Butwal, Pokhara, Hetauda and Dharan beside Kathmandu- supporting the need to raise funds for the Narayan Gopal Fund – and also to help build the cycling communities via this mass ride. 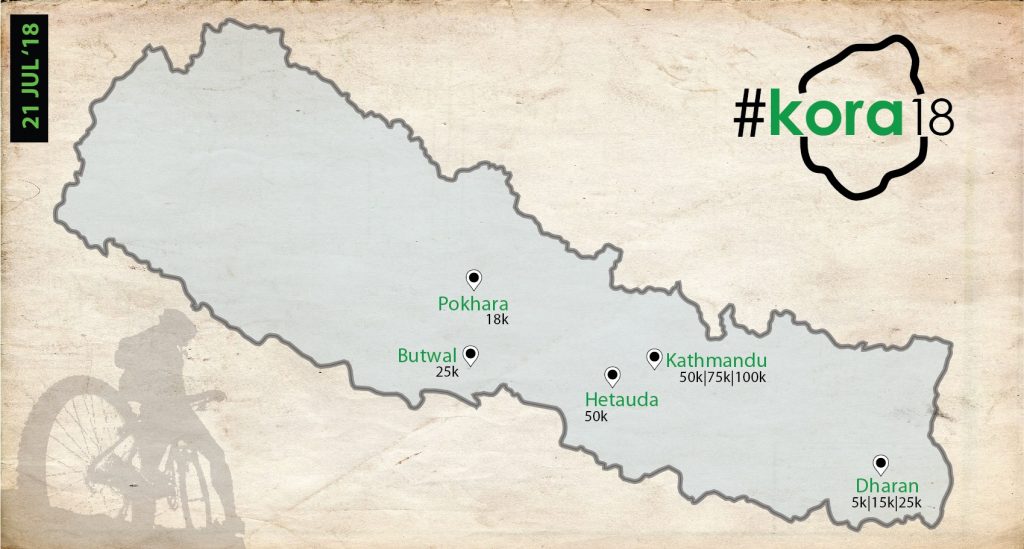 The main organisers of this event in Kathmandu are Socialtours and Kathmandu Cycle City 2020, Cycle City Network Nepal, supported by outdoor event partners Pangro. This is supported by various organizations, volunteers, clubs, and companies. Three different categories i.e. 50km, 75km and 100km was challenge for the riders in which this year’s challenge saw participation of 2213 cyclist in Kathmandu itself.

Eight years ago, the seed of promoting adventure sport supported crowdsourcing for social good was born in the form of Kathmandu Kora. Over the years with charitable assistance from fellow riders and supporters, Kathmandu Kora was able to complete various projects that brought huge benefits to the local communities. Resources raised from Kora 2011 were used to upgrade schooling facilities at Samata School and OCCED.

Subsequent funds were then used, with the technical support of Save the Children Alliance, to upgrade a birthing center at Rukum and a Health Post in Dolakha. Funds contributed to Kora 2013 were used to build a completely new birthing center in Baitadi. Similarly pledges from 2015 was used to build a health post at Makaibari in Dolakha, post the devastating Earthquake. Over the years the cycling fraternity has made its presence felt in local communities. To date, over Rs. 50,00,000 has been invested in social causes. In 2017, the last edition had over 2500 riders raising over Rs. 500,000 for the Bungamati Trails Initiative – the first ever attempt to create a cycling destination in Nepal! Funds are currently being utilised by the Initiative to build and mark trails, and work on the other requirements of a cycling destination!

This year Kathmandu Kora Cycling Challenge 2018 called for a proposal for a cause to support during the 2018 ride and raise funds through pledges subsequently. The cause to support could Team Kora – judged on ingenuity, clarity and marketability of the cause and two causes were selected.

This year, three causes have been selected to fund-raise for :-

#Ladies Mountain League – which is trying to empower women through adventure sports. Details at www.ladiesmountainleague.com

#Narayan Gopal Fund – aimed to help the family of National Cyclist Late Narayan Gopal Maharjan, who met with an unfortunate accident while racing in Sri Lanka. 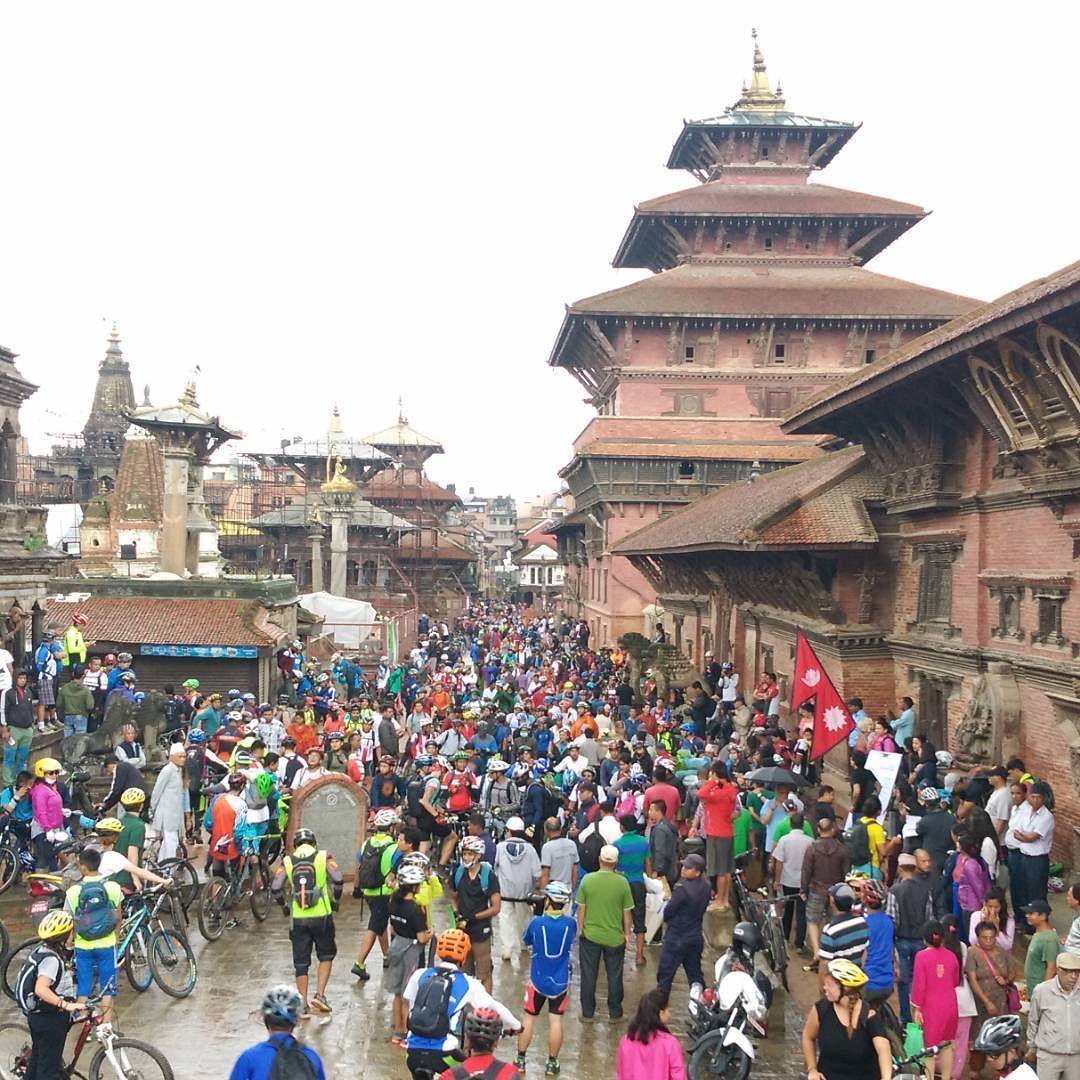