Riding for a Cause: Ride for Refugees II 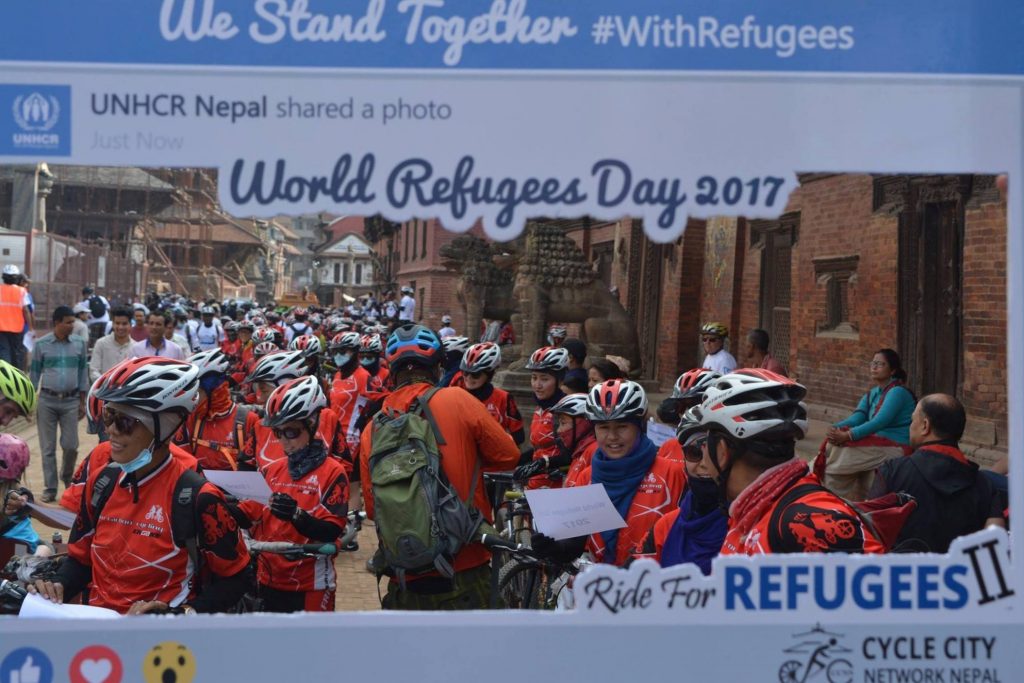 It’s not uncommon for us to sit around and wonder if we can really make any difference in the world. Well, more than 600 participants, marshals and volunteers came together for Ride for Refugees II this year, and it’s safe to say that none of us kept wondering anymore – we actually made a difference.
Together with Cycle City Network Nepal (CCNN), Ride for Refugees II was the second annual cycle ride organized by UNHCR Nepal to mark World Refugee Day in Nepal. 17th of June, 2017 wasn’t a typical Saturday for anyone involved in the ride. Even though the ride wasn’t scheduled to start from until 7:30 AM, people were already starting to show up as early as an hour before the starting time. As the starting point, Patan Durbar Square was bustling with excitement that morning. It was astonishing to witness the diversity of participants that day. People from different age groups, communities, and nations came together to support a single cause – to stand with refugees. To name a few, refugees from Pakistan, Afghanistan and Somalia were proudly participating in the ride. Even Miss Asia Pacific Nepal 2017 Sahara Basnet was geared up for the ride. Director of UNHCR Nepal – Kevin Allen, UNESCO Representative to Nepal – Christian Manhart, Director of World Health Organization (WHO) Nepal – Dr Jos Vandelaer, and representatives from Ministry of Foreign Affairs were also enthusiastic for the ride to begin. People who had never even participated in cycle rallies before were also there to support the cause.
To paint a scenario of the starting point that morning, more than half a thousand people were gathered at the heart of the durbar square while some marshals were busy in the corner with registration and t-shirt distribution. Unlike other participants, who were in the ride’s official white t-shirts, 100 excited nun mountain bikers aka Kung-Fu Nuns from Druk Amitabh Monastery were geared up in red cycling suits. The sound of hundreds of excited conversations flowed throughout the durbar square, and everyone was eager for the ride to commence. After a quick safety and ride briefing, ride marshals started leading the ride to the breathtaking Khokana village. The 2 hour cycle ride went from Patan Durbar Square to Nakkhu to Karya Binayak Temple to the beautiful Khokana, where everyone took a break to enjoy the view. Even though there were a lot of up-hills, potholes, and rocky trails along the way, it was amazing to see that everyone gave their best to ride ahead together. All the participants had sweaty foreheads and a strong determination to complete the ride. The ride officially ended at Mitho Mitho – The Tavern & Restaurant at Bhaisepati, where everyone enjoyed refreshments. Squeals of joy signified the end of the ride and everyone had a shared sense of accomplishment. Through puffs and pants while cycling in the summer heat, everyone showed that standing with refugees is really a matter of importance right now. Ride for Refugees II has definitely sent a message out in the public that as citizens of the world, we need to stand with refugees. 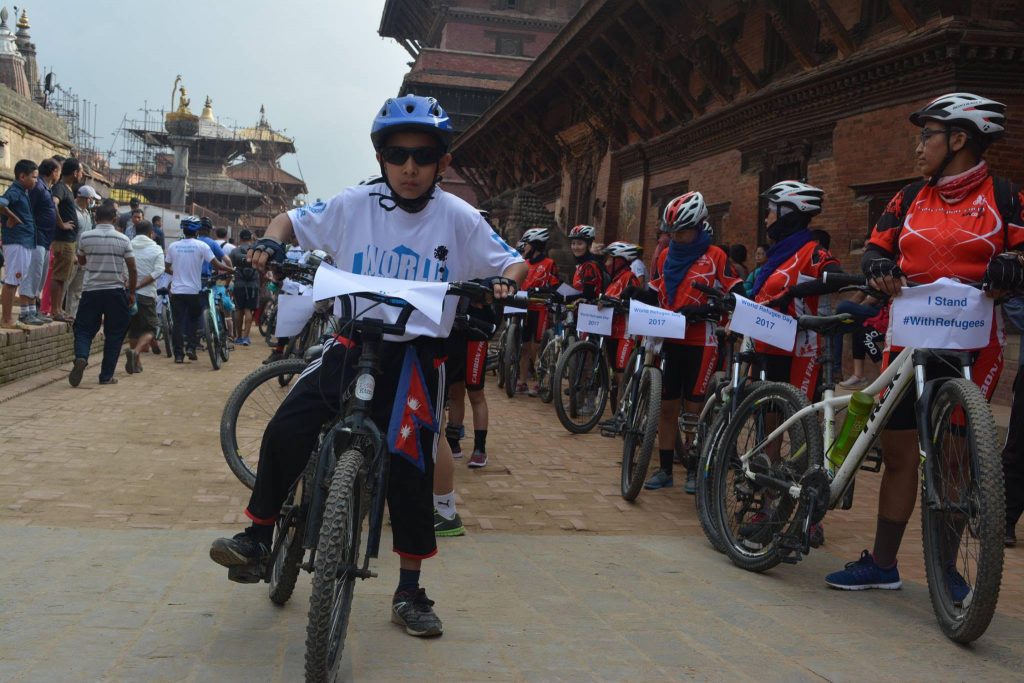