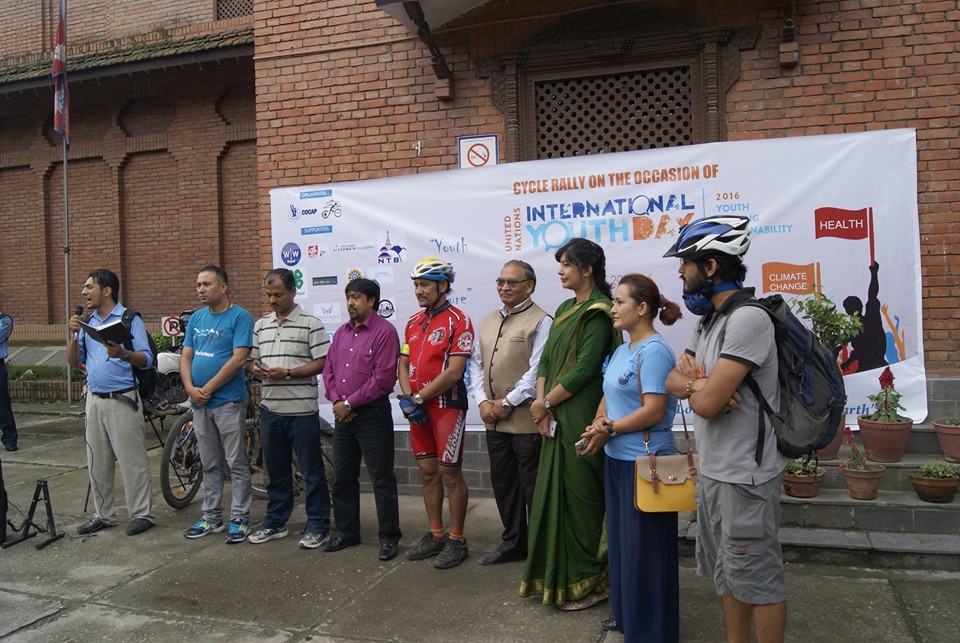 ‘Youth for Future’ cycle rally was organized on 20th August 2016 from Nepal Tourism Board, BHrikutimandap Kathmandu to mark the International Youth Day. The program was jointly organized by COCAP, Youth Council, Cycle City Network Nepal(CCNN) and was supported by Dish home, Samata Foundation ,Wine to water and Laxmi cycle city center. The cycle rally  started from the Bhrikutimandap at 8 am after the participants were energized with some light refreshments. W0rld cyclist, Pushkar Shah also took part in the rally.  The rally was lead by Ussa Kanal and Niren Maharjan. The rally progressed through Anamnagar,  Chabahil chowk, City center and Putalisadhak before returning to Nepal Tourism Board(NTB). The rally was conducted harmoniously and with very little hassle as participants showed great discipline and maintained the pace set by the leaders. After the completion of cycle rally, a group of college students performed few patriotic songs and soon after, one of COCAP’s senior members gave a motivational speech . They  program ended with certificate distribution to the participants at the end of the program. After the rally was officially over, participants indulged in socializing activities, chit chatting and taking group photos  with the organizers, participants and volunteers.
The main theme and motto of this rally was “Ride Long Stay Strong “. 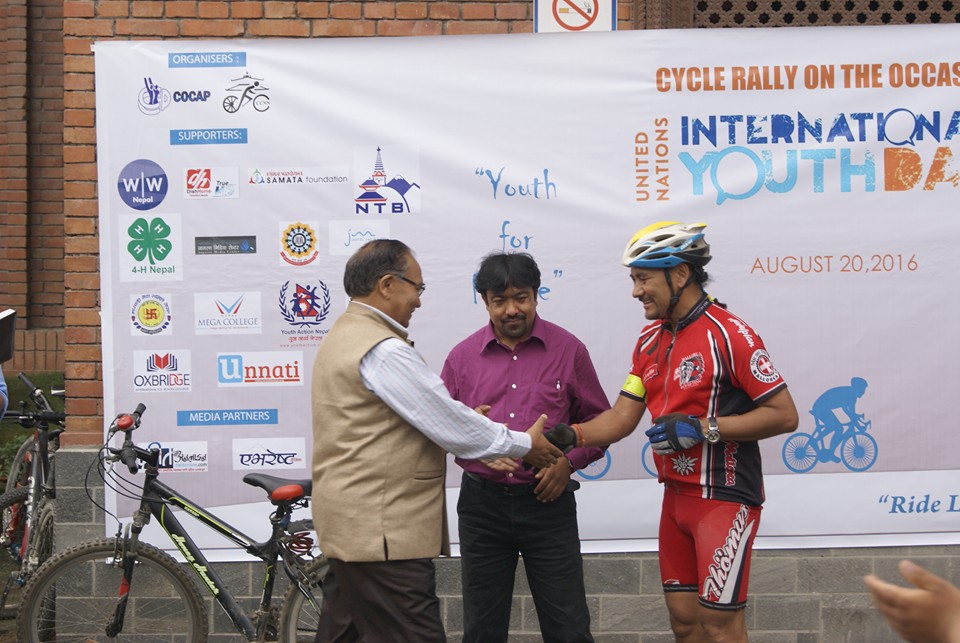 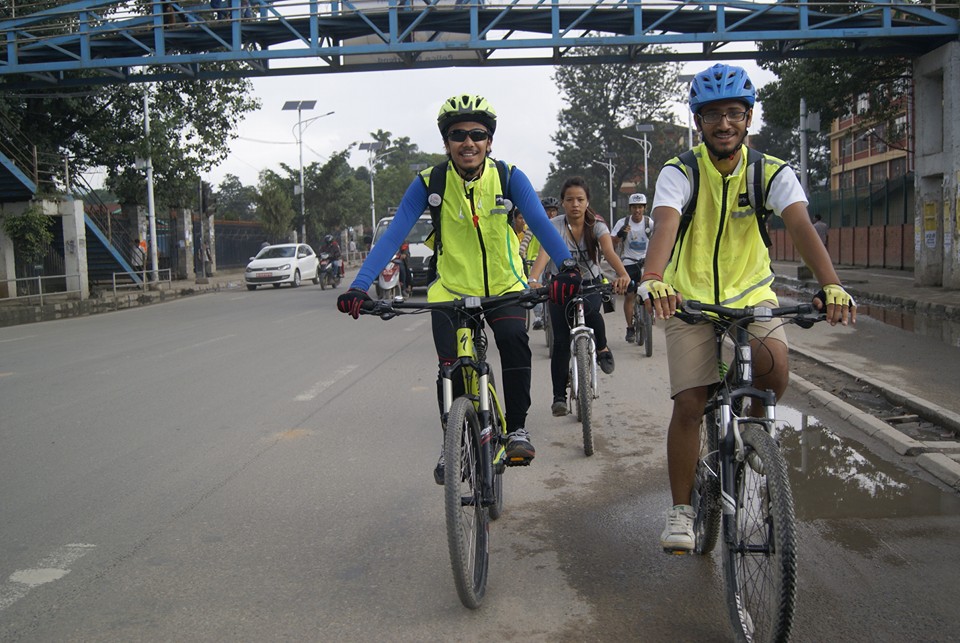 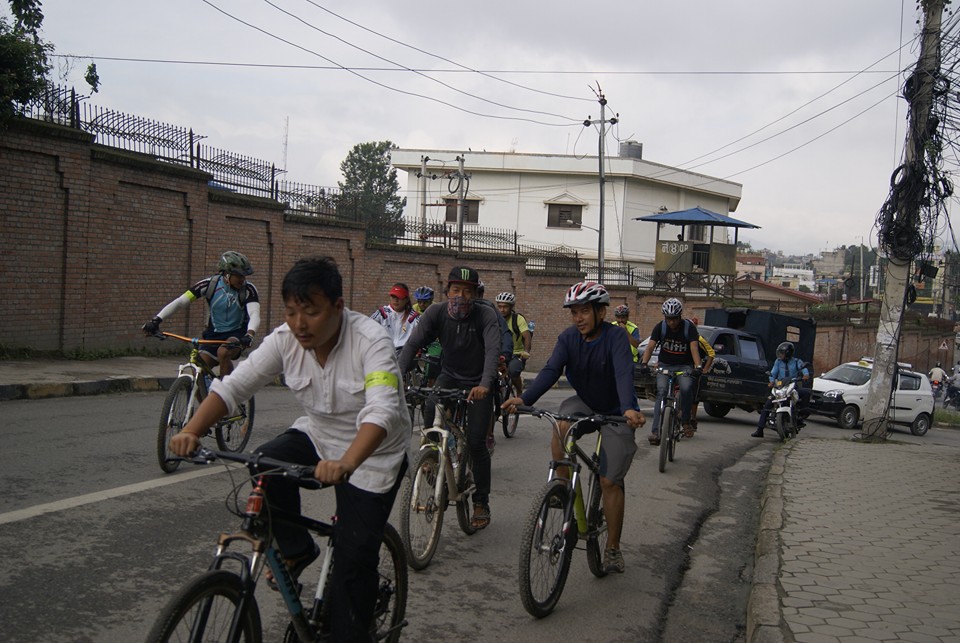 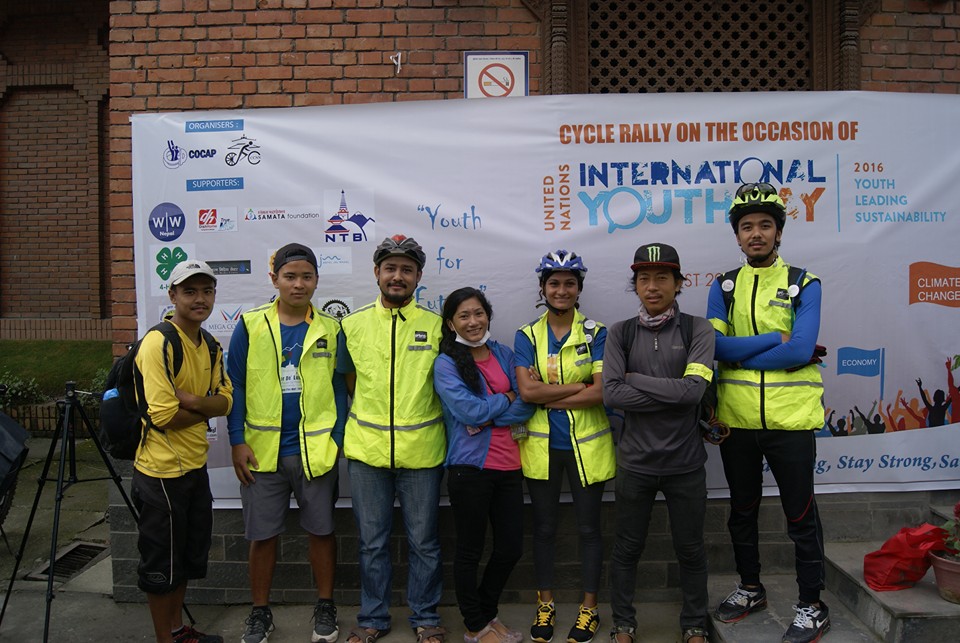 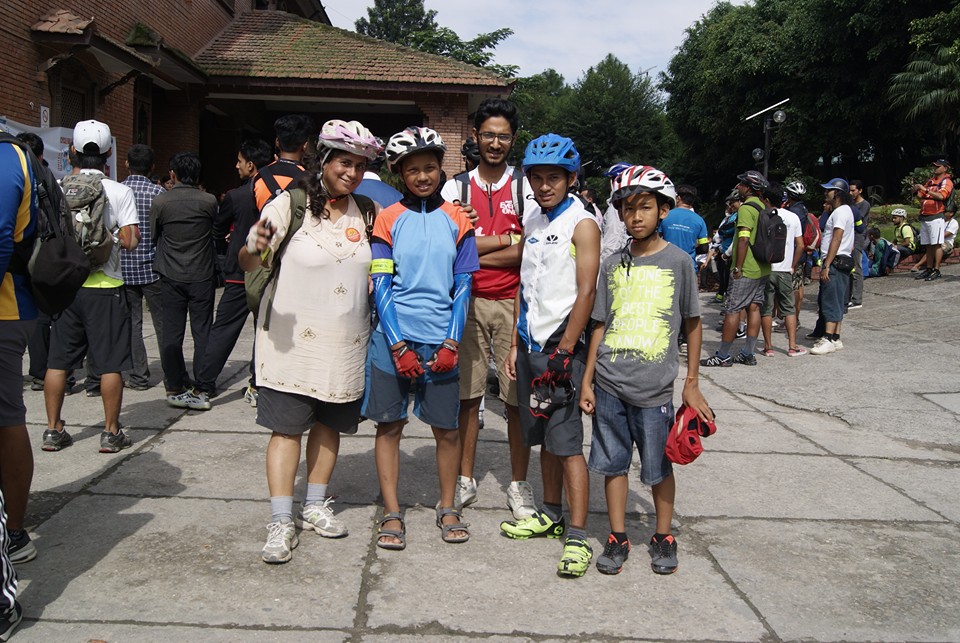 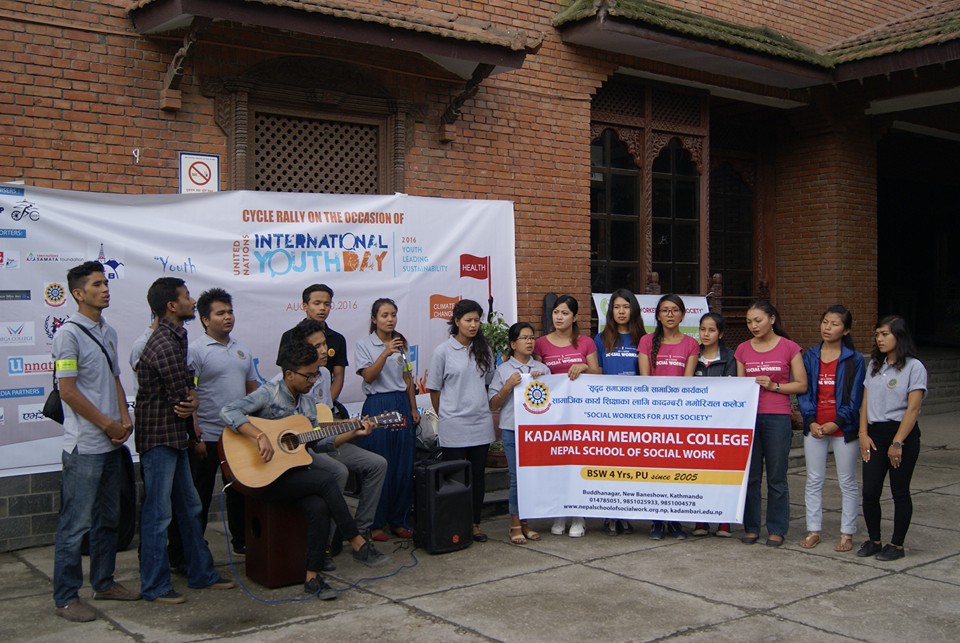