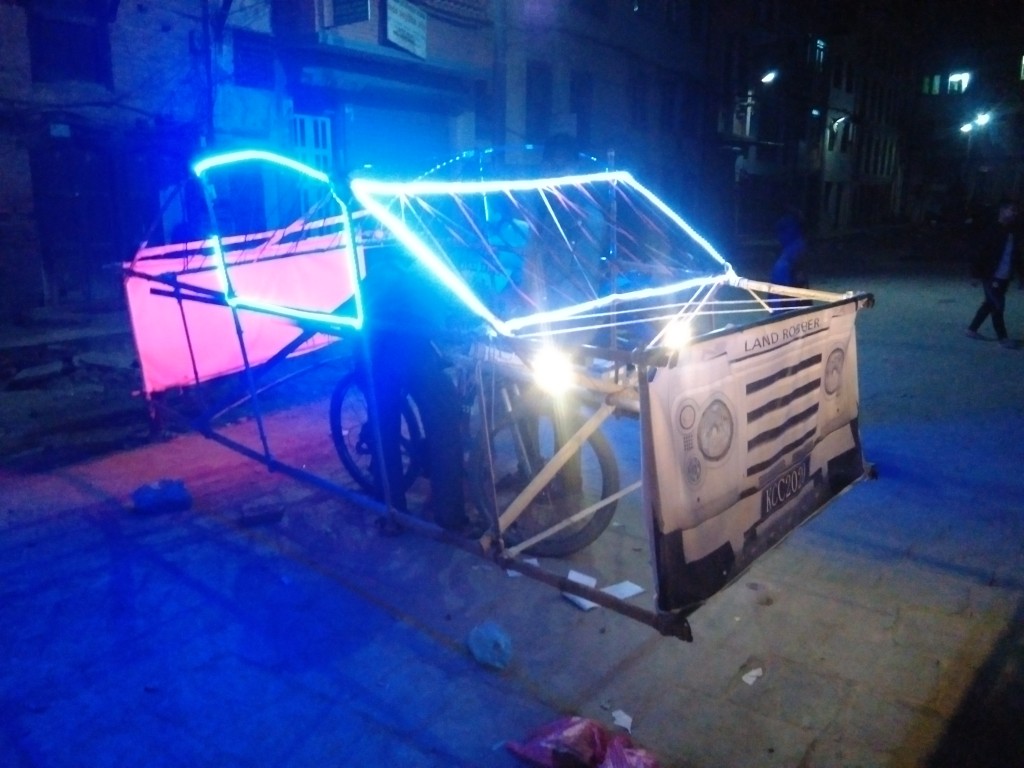 Cycle City Network Nepal (CCNN) brings you Critical Mass October – #battiBalera. Conducted monthly by cycle activists all over the world in over 200 cities, Nepal is home to 5 Critical Mass venues. The oldest one, over 3 years old, Critical Mass Kathmandu celebrates cycling and pushes the issue of reclaiming roads for cycle users along with a side theme Get Visible; the reason why masses are held in the evening usually after dark. Events all over the world take place on the evening of the last Friday of the English Calendar. Details on the October Critical Mass

The theme of this month’s edition is battiBalera. To mark the festival of lights too, the October Critical Mass is brighter and more colorful than other months. The organizers this time have put together a bamboo car driven by a bicycle or the carCyle named Land Robber. It depicts the space occupied by a car compared to a bicycle.

The bamboo skeleton project was overseen by Adventure Nepal Open Crew. For details about them, visit ANOCNepal

Although not one of its conceived events, Cycle City Network Nepal, an NGO established by cycle activists and proactive youths has been facilitating the monthly event. Their primary campaign the KCC 2020 aims to make Kathmandu a cycle friendly City by the year 2020.  To know more about them, visit, KCC 2020)

ANOC fabricated bamboo skeletons shaped like actual cars and mounted them on their bikes, for world carfree day, and demonstrated it in Bhaktapur for a 2- week exhibition . The activists then cycled it from Bhaktapur durbar square to kilagal, Kathmandu around the streets. It will be demonstrated on Critical Mass Kathmand| October 2016, to highlight the absurdity of using a large car to move a single person. 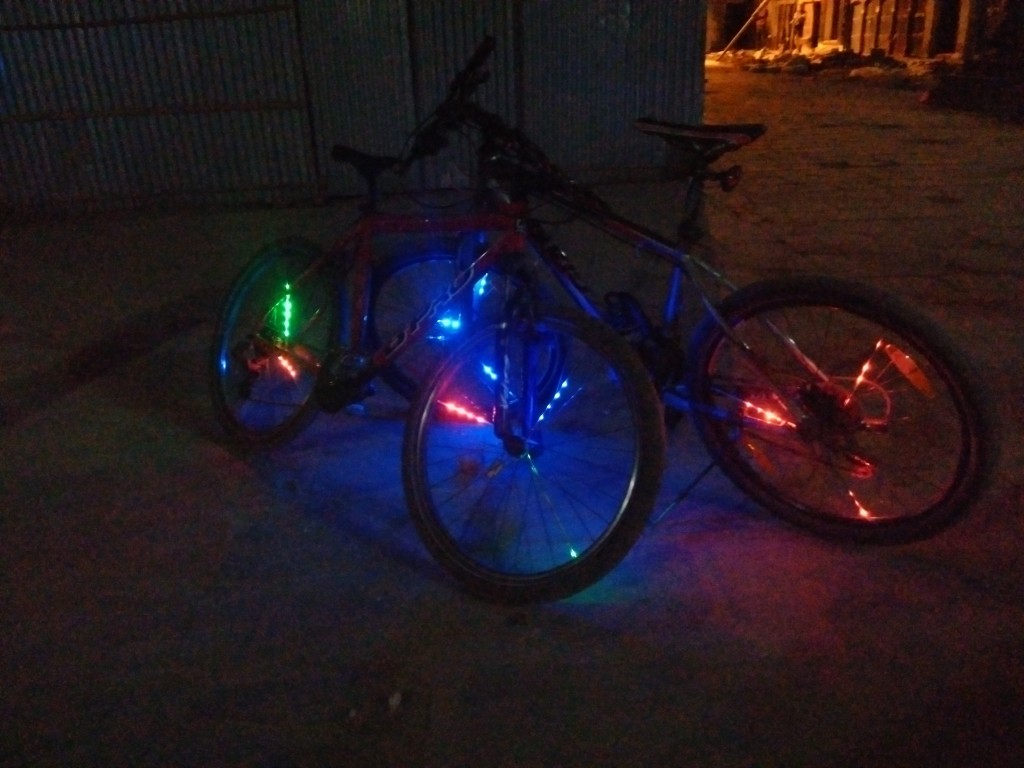