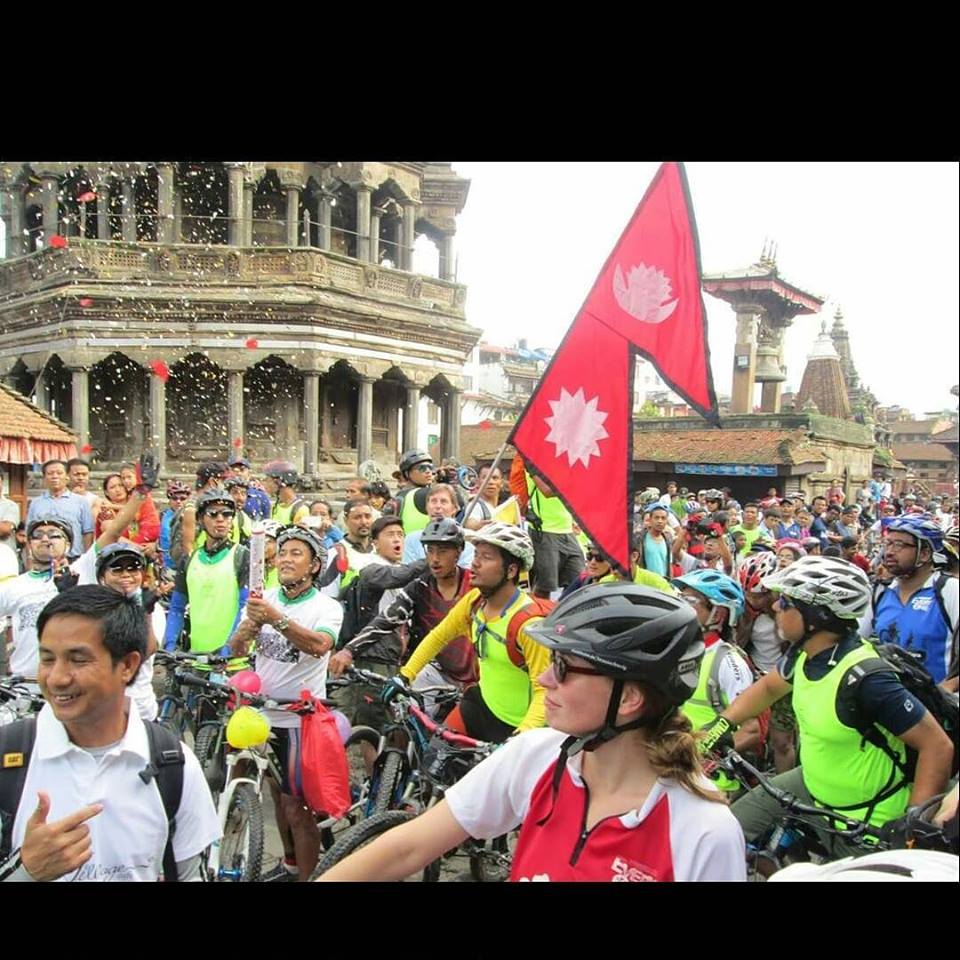 A report on one the largest cycling event of the country : Kathmandu Kora Cycling Challenge

We, CCNN have always been the proud partner of Kathmandu Kora Cycling Challenge from the year 2012. After the overwhelming number of participants on last year’s “Recovery Ride”, we were too pumped up for this year’s biggest cycling event of Nepal. So, we started working for Kora16 as early from the 1st of June! On this date, we did the first recce ride for 50 K challenge. Although most of the trail remains the same, but we need to do the recce because you never know what’s going around Kathmandu’s suburb on this time of the year (all the construction work on road happens in this season, seriously).

Kora, since its inception back in 2011 has always been about having fun on bicycle on one hand and raising funds for some philanthropy cause on the other. Fund collected by 35 cyclists in 2011 were handovered to Samata School Boudha. Later, fund were collected to build birthing centers in rural Nepal (Rukum and Baitadi completed, Pyutar and Makaibari; under construction). Every rider who participate on this ride ask the pledge of 100 rupees each KM they ride, and this is all voluntary! And, this year we had 2 causes, an ambulance for Ghatlang, Rasuwa and School Rebuilding in Shikharbesi, Nuwakot.

Preparation
Coming back to the Kora16 preparation, we had new member in the Kora team, the Great Himalaya Trails. They were supporting us on the trail marking and Kora App. Well this year we didn’t have the Jersey and lunch sponsor. So, we asked all the riders to come up with their own jersey or the jerseys from previous Koras. For lunch, Raj dai brought the idea of Kora Food Court where riders buy food from different stalls at reasonable price. All these idea of bringing own jersey and buying own food may sound injustice for regular Kora riders but believe us, it’s the only way of making this kind of event sustainable. With this current growth rate of Kora riders, we won’t be surprised if 5000 riders participated within few years. Just think about distributing free jerseys and lunch for that number of people! These offers may attract a huge crowd for this ride but don’t groom the MTB crowd as it should be, being self sustained.
Trail Marking
This year we had 3 kind of trail markers on our mind, Permanent, Semi-Permanent and Temporary. As Kora date appeared closer, we were really behind the time for trail marking so we dropped out the idea for Permanent marking. While discussing about the details of semi-permanent trail markers, we started warm up rides for our CCNN Youth Squads to make them ready for the big day. On the final week, we finally had the semi permanent trail markers on our hand. From the first recce we had basic idea how much trail markers we need, so made 300 for each challenges on 3 different colors.

First day of trail marking was a real nightmare, because we were just adjusting ourselves how to drill and make them visible. We were carrying some kilograms of nails on our bag and later on found wires were the better option. Next day, trail marking went a bit faster but drilling every trail maker was another time consuming job. Accidently, we found drilling from the workshop was much faster and drilled those all from our friend’s workshop, it didn’t took more than 15 minutes to drill 150 markers. While we were busy for the 50 K trail, we hadn’t yet started for 75 and 100 K, time was slipping from our hand. But team NCRR (Nepalese Cyclists Ride to Rescue) and Himalayan Single Track came to rescue us! Their super energetic boys completed that task in just 2 days.

Team CCNN for Kora16
Recce rides, warm up rides were not only the things we did to our Youth Squad to make them Kora ready. We previously did one day first aid training and also a basic mechanic training. Besides the trail guiding, our team were ready for the first aid and mechanic supports too.

We just hurried to get to the Mangal bazzar on this day, because Shyam Limbu from Himalayan Medics had asked us to there at 6:30 for the safety briefing. After having some bananas and Jerry Swarry, Shyam dai briefed us how to handle the accident scenes. And, then we shared our line-up number before finally heading to the Kora line up. As our photographers were busy snapping the crowd, we waited for the kick off time for 50 K challenge. The ride kicked off at 7:55, five minutes before the announced schedule. The biggest crowd of Kora16, the 50 K challengers slowly started getting out of the ancient town Patan towards Jawalakhel. Besides the Team CCNN for Kora16, we had our regular Kora riders from CCNN, Gaurab dai, Diwash dai, Prashanta, Pramesh were on their own for this big day.

Being on the lead team for couple of Koras, we realized the pace of 50 K riders have increased as soon we reached the first water station of Naikap. As always, it was hard for us this time too to slow down the ever energetic riders following the lead. So, from Naikap we tried to setup 3 layers of riders from our own circle to maintain the speed which only worked up to Syuchatara. I overtook the lead and hurried to meet a local volunteer who was supposed to be at the sharp bent of Syuchatar downhill, was already standing with the signage she made herself reading “50 K Kora” with the arrow in it. She even informed me 5 riders have already crossed her.

Unlike previous Koras, we were riding more comfortably because of all those trail marks and the Kora App. And, we were stoked to see the local support in junctions of Kirtipur and Syuchatar, those people were voluntarily standing on road to show the trail. The supports from local bike shops of Kathmandu were overwhelming too. Himalayan Single Track, PANC Bike, Gearventure helped with the water station, these stations were vital for the ride because hydrating the riders means, safer ride and those stations also helped for regrouping. After arriving at the second water point of Ichangunarayan, we take water break of around 20 minutes because we arrived too early. At around 9, we resumed our ride by that time 100 and 75 K lead had already overtaken us.
We tried to slow down the speed on the downhill section of Ichangunarayan which is infamous for big accidents. Till then up to the third water point of Dhapasi we somehow managed to keep up the slower pace. This pace continued even up to the fourth water point of Golfutar. Soon after leaving this 4th water point it started raining bit heavily. Well, it was a good sign because we had two pretty good up hills on our way before reaching the Boudha lunch spot. It was around noon when we arrived at the Kora Food Court inside Samata School Boudha premise. At this location, we waited around 50 minutes because of the rain, and we actually wanted to collect a good number of riders for the final stretch of Kora challenge.

With black clouds covering the Kathmandu sky, we had a pretty pleasant ride for this final stretch. The ride went pretty smoothly even after going through the traffic chocked roads of Pepsi Cola and Balkumari. We still had pretty good number of riders behind us while entering the ancient Kingdom of Patan via Balkumari. And, it was almost 2 when we reached the Mangal Bazzar. To our surprise, a good number of riders had already been there and were waiting for the Kora Finsher’s Medal! We were stoked to see the riders from Jhapa, Hetuada and Pokhara. 7-year-old Suyog who completed the 50 K with support from his father was the most celebrated rider at the finish point. Well yes, we too had celebrities who did the Kora. Karma was seen proudly posing for photos with his medal and bike. Anoop Bikram Shahi completed his 50 K challenge with his gym buddies.

Kora is getting bigger every year, and we are trying to make this better. Trail marking, Kora App, these were the improvements we did this year and we obviously try to make better than this the upcoming year. We Cycle City Network Nepal, feels proud for being part of this biggest cycling event of Nepal. We are very much positive on our dream of making the cities of Nepal cycle friendly with this growing number of cyclists. We believe this growing population of cycle users will empower our team to better lobby for cycle-friendly policies with government agencies. 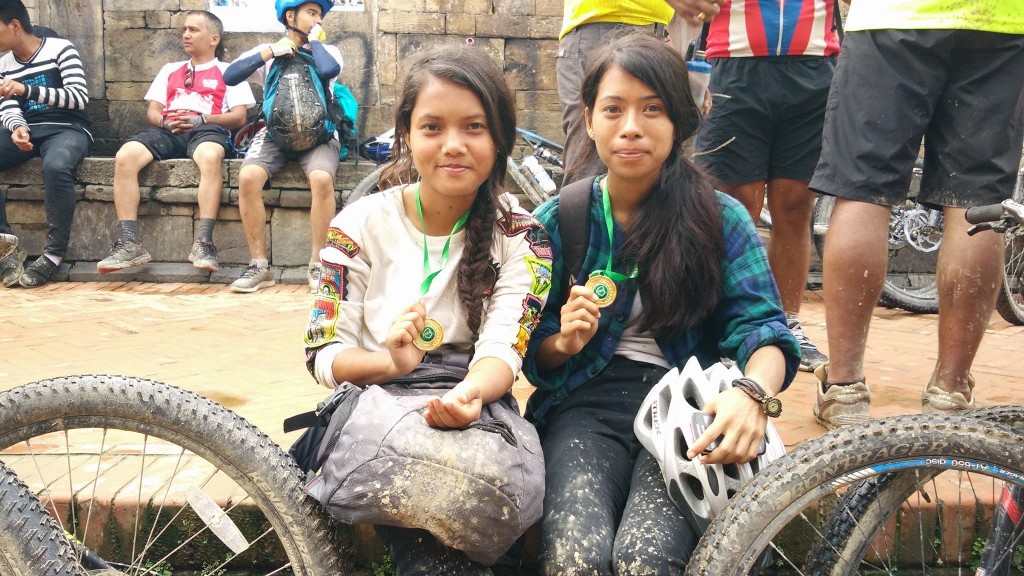 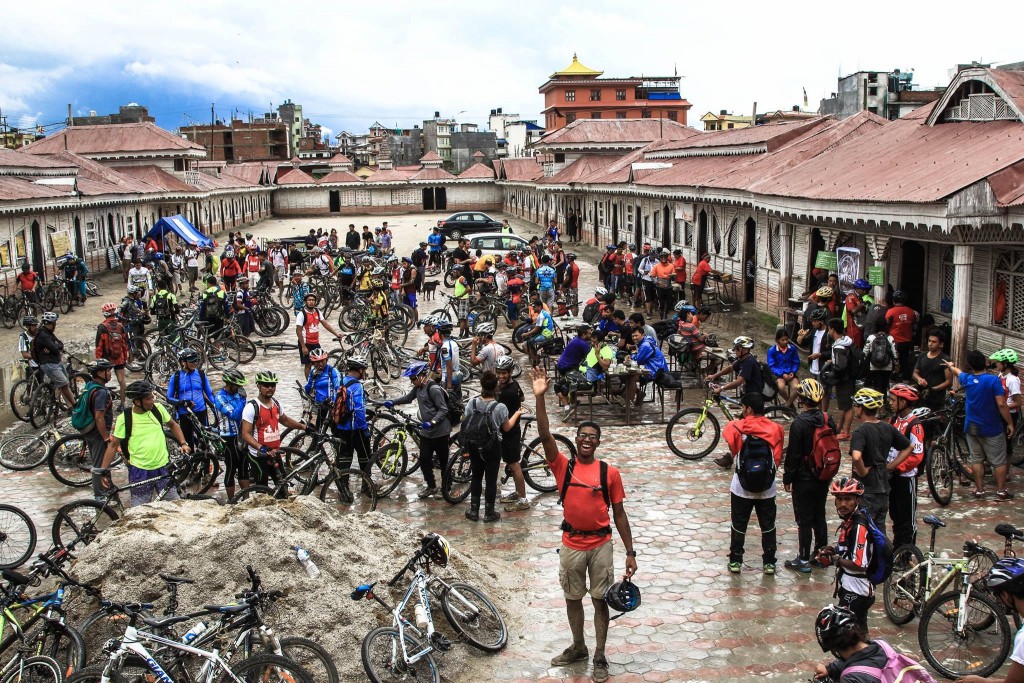 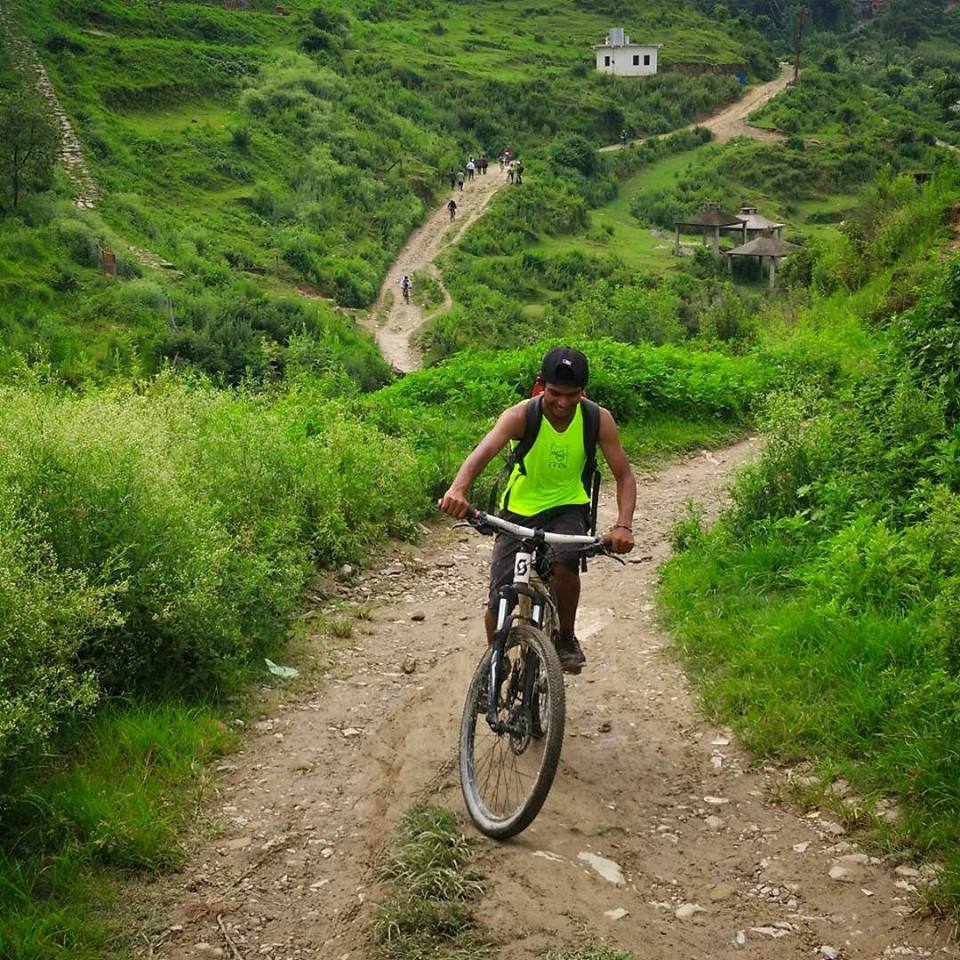 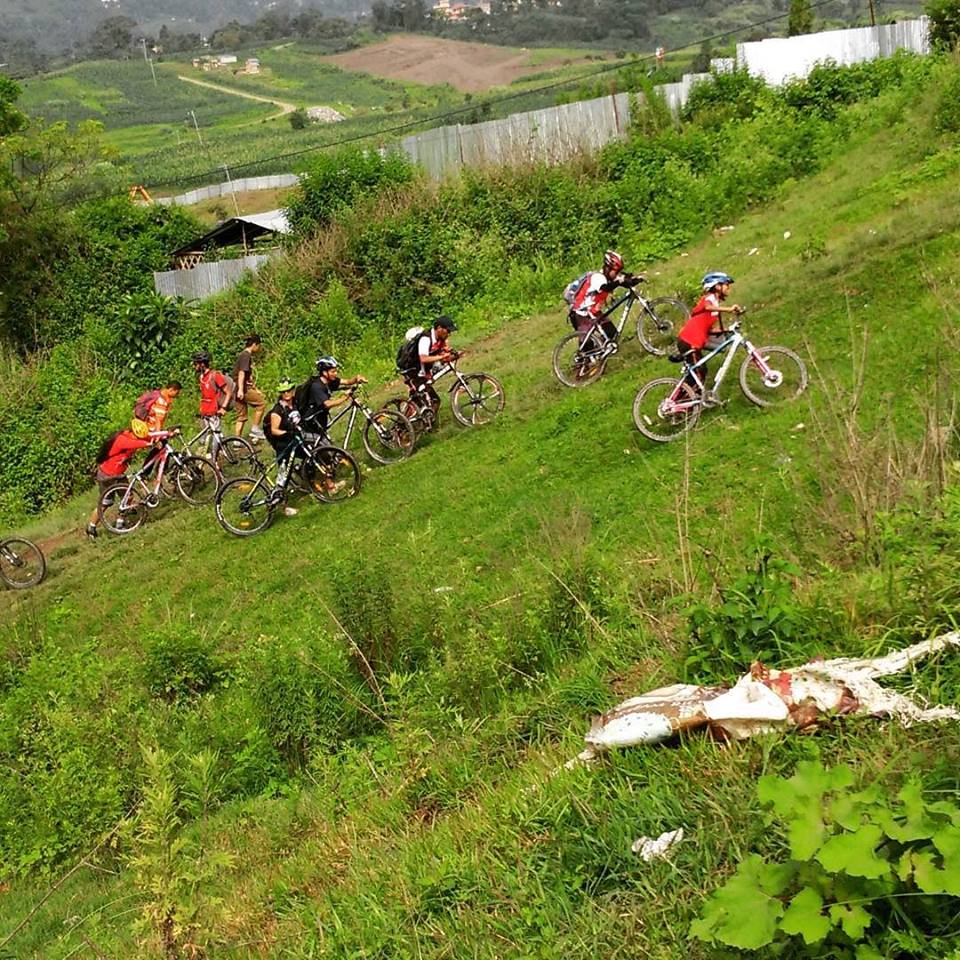